How much do you know about the Australian Open? The article below will share with you some quick facts. You will become an expert within a minute. It will also give you some fantastic questions for trivia games with the family or friends.

Facts About the Australian Open 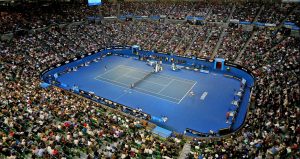 1. The Australian Open started in 1905 under the name the Australasian Championships.

3. It is part of the Grand Slam and is the first to be played every year.

4. The dates for the matches are usually the last two weeks of February.

5. The youngest male and female winners in the history of the Grand Slam are Ken Rosewall and Martina Hingis. At the time of the win, they were 18 and 16 years respectively.

6. The oldest male and female singles winners were Ken Rosewall at age 37 and Thelma Long at 35.

7. Most consecutive singles win title goes to Roy Emerson for men and Margaret Court for women. Roy took home five wins in the years 1963-1967. Margaret dominated in the years 1960-1966 taking home a total of seven wins.

8. Most titles in the singles category go to Djokovic with eight and Margaret Court with 11.

9. 2001 was a changing point for the Australian Open because men and women now started to earn equal prize money.

10. The 2020 Australian Open edition was the 108th game since the inception of the matches.

11. Novak Djokovic was the winner of the 2020 Australian Open. It makes it the record 8th title he has taken home. He played against Dominic Thiem.

12. Sofia Kenin was the winner of the 2020 Australian Open Women’s Final. This is her first Grand Slam title. Her opponent was Garbine Muguruza.