The 2020 Australian Open came with the typical excitement that has characterised the game over the years. The matches took place from 20th January to 2nd February 2020 at Melbourne Park, Australia. This marks the 108th edition of the Australian Open and the first Grand Slam event of the year. 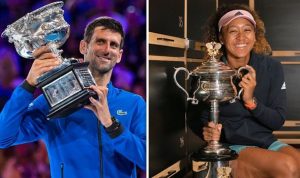 • The defending champions for men’s and women’s singles were Novak Djokovic and Naomi Osaka.

• Coco Gauff knocked out Osaka in the third round.

• Novak Djokovic took the title when he defeated Dominic Thiem. This is his eighth time winning the title.

• For the first time, the Australian Open occurred on a Green Set; a particular type of hard surface Court.

• The French Open champion Ashleigh Barty took a beating by America’s Sofia Kenin. It is worth noting that Barty has been trying to reach the finals since 1980. Despite having two set points, she was unable to convert.

• Garbine Muguruza beat Simona Halep. Muguruza has a rich history with regards to the Grand Slam. She took home the title win at the French Open and Wimbledon in 2016 and 2017 respectively.

The prize money was Australian $71 million signalling a significant increase from the 2019 award. It was 13.6% higher.

One of the most significant challenges facing the Australian Open in 2020 was the Australian bush fires. The smoke in the air made it difficult for the players to breathe, and many of them had to take medical timeouts. One of the major casualties was Dalila Jakupovic who was unable to play because of coughing fits. She eventually collapsed on the court and had to retire.