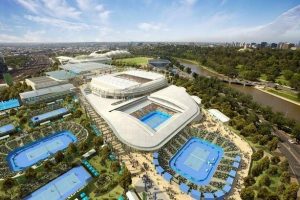 The Australian Open happens in mid-January and is the first big tennis event of the year. As the first grand slam of the year, it is one of the most attended tennis events all year round. The open sees all of the top-ranking tennis players like Serena Williams, Rafael Nadal, Maria Sharapova, and Nick Kyrgios, come together at Melbourne Park in Victoria to compete for this prestigious title. The winner of the Open receives 2000 points, which significantly improves their ranking and a money prize of about 4.1M Australian Dollars.

The Australian Open is one of the main tourist attractions in Melbourne, and apart from tennis, the event offers a range of other activities. Whether a tennis aficionado or a new fan, there’s a lot of interesting facts about the Open that may not be well known. Here are four fascinating details about the Open.

When the open began, the matches happened on a grass court until a hard court got constructed in 1988. Mats Wilander is the only player to win the title on both courts.

The summer season in Australia happens between December and February. Therefore, during the matches, the temperatures are the highest. The day temperature can go up to above 40 degrees Celsius, and some players have to be put on IV drips to survive the heat.

After the spectators have enjoyed the tennis, The Live Stage is considered one of Melbourne’s biggest parties. Talented acts from all over the world perform live for the fans. 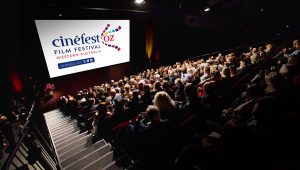 The Open entertains fans with a dose of blockbuster films and documentaries about tennis and the history of the Open.

The Australian Open is a must event for all tennis enthusiasts for all the history-making games and extra curriculum activities and the beautiful and rich historical culture of the city of Melbourne.