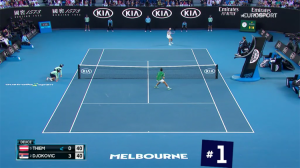 Welcome to our Australian Open blog. We will take you through all you need to know about the Australian Open. We will get to learn a bit about its history, and how it has evolved over the 115 years, it has been in existence. The venues and types of court surfaces the games have been played on and what informed the changes will also be covered. We will let you know the number of courts used during a tournament. As part of the history, we will discuss the past champions of this tennis tournament.

The Australian Open is very popular worldwide. It is one of the four Grand Slams in the world. It used to be held in December each year, but this was changed to the last two weeks of January. This means that the tournament for this year, 2020, has already been held. We will look into the results for this year. The prize money for 2020 is A$71 million, which is a 13.6% rise. We will address the distribution of the prize money and the points for each of the categories represented at the 2020 event.