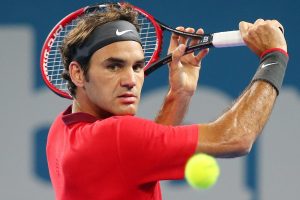 Every tennis fan has the second week of January marked on their calendar as the period when the best tennis players across the world meet at Melbourne Park for the Australian Open. They then go into a week-long grand slam is among the most fascinating tennis tournaments since it hosts the best players across the world battling it out for a great reward. While watching the players battle it out on the tennis court may be fun, looking at the chances of every player winning the Australian Open is even more entertaining. Here, are some of the players best positioned to win next year’s Australian Open.

After losing out to Novak Djokovic in the 2020 Australian Open, there were rumours regarding the retirement of Rodger Federer. However, he ruled out the chances of his retirement. With 20 grand slam titles to his name, it is no secret that Rodger Federer is no stranger to highly contested tennis tournaments and the Australian Open is not any different. Given the fact that he played the better part of this season with an injury, there is much more to be expected from Rodger Federer who has a point to prove to tennis fans after an underwhelming season.

From, pregnancy, Serena Williams went ahead to shock people coming up as a surprise runner-up in Wimbledon and the 2019 US Open. A high level of self-belief and competitive nature puts Serena heads and shoulders above other players expected to grace the courts at next year’s Australian Open. Just like Federer, she is a legend of the game and has a point to prove given that age is finally catching up with her.

In as much as the bookmakers may have their favourites, the Australian Open is full of surprises and people can only wait and see what it has in store for them.