It may not always be possible to control the factors around you when planning an event. The Australian Open goes down in history as one of the tournaments that had some of the worst PR disasters. Djokovic had a meltdown in the finals further exacerbating the issues around the already tainted 2020 Australian Open. 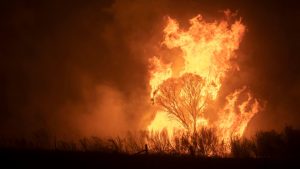 At the time of the matches, Australia had a series of bushfires. Industry experts believe that the officials did not take into consideration how it would affect the game and players. It would be impossible for anyone to breathe in the smoke and expect to get a good result out of the game. The haze was so bad that even those watching the match on TV could see it on the screens. While some of the players had to ask for medical timeouts continually, Dalila Jakupovic was not so lucky. She ended up collapsing on the court and had to retire from the Australian Open.

Things seem to be going well for Novak Djokovic until the ninth game in the second set. It was at this point that he mirrored Serena William like behaviour by having a meltdown. The umpire called him out on some violations with regards to slow serving. He lost his temper and tried to get the attention of the empire Damien Dumosois by tapping on the chair. The umpire proceeded to serve him a penalty. Djokovic’s reaction was less than gentlemanly. He eventually recovered from the outburst and went on to win the Grand Slam for the eighth time.

Margaret Court made her appearance during the game but had to suffer some humiliation from John McEnroe and Martina Navratilova. The latter two carried out a campaign on changing the name of the Arena to Evonne Goolagong. They even held up placards to boot.