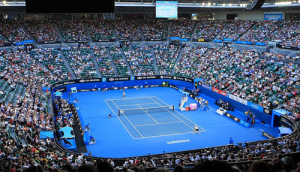 The Australian Open is a tennis tournament that takes place annually in Melbourne, Australia. It was first held in 1905, but it did not become a major championship until 1924. This was one of the most important sporting competitions in the Southern Hemisphere during the Australasian Championships. The tournaments include singles for women and men, pairs for men and women, tournaments for juniors, wheelchairs and legends. Before 1988, a grass court was used, but since then, the Melbourne Park has been using three types of court surfaces until 2007. They then used black Plexicushion from 2008 to 2019, and black Green Set from 2020.

In 1972 the decision was taken to hold the Melbourne tournament annually because of their appeal to Australia’s most significant patronage and the competition was held in the Kooyong Lawn Tennis Club. In 1988 the total attendance was 266,436, the number of people visiting the next Kooyong year rose by 90% (140,000). The move to Melbourne Park was an instant success. Currently, three courts have retractable roofs and can be used through excessive heat and storms. Spectators will also have the ability to view the Display Courts 2 and 3 with room for 3,000 each, and the Courts 7–15, 19, and 20 of the small-scope vision locations. In 2019, as part of the 271 million dollars refurbishment of the precincts, the construction of a new 5,000-seater capacity stadium will commence.

In 2008, the authorities in New South Wales explicitly stated that they would like to bid for the tournament rights as soon as a deal for the Melbourne tournament expires in 2016. The plan has obtained an unacceptable response from Waynes Kayler-Thomson, President of the Victorian Events Business Council. The possibility of the tournament shifting remains unlikely because the Melbourne Park district was revamped with a better team and spectator facilities over the next two years.