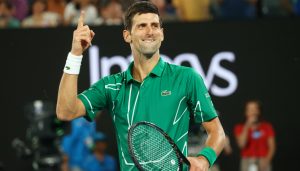 The Australian Open, formerly referred to as the Australasian Championships, was first held in Melbourne in 1905 in Warehouseman’s Cricket Ground, which is now called the Albert Reserve Tennis Centre. The open got played in different cities in Australia and New Zealand like Sydney, Perth, Hastings, Adelaide, Christchurch and Brisbane before it was permanently decided on Melbourne in 1962 since more people came there than any of the other cities. It is now held at Melbourne Park in Victoria and brings together all world’s top tennis players seeking glory.

With the Australian Open set to begin in mid-January, there are top tennis players with the highest odds of winning.

Winner of the 2020 Australia open, making it his seventh win. Even when he was down two sets to one against Dominic Thiem, Novak delivered his final blows with the grace and agility of potential eighth-time winner.

Kyrgios abilities as a great player are undeniable. In the Australia open 2020, on his fourth round, he was able to take on Rafael Nadal, a former world champion, all the way into a fourth set. 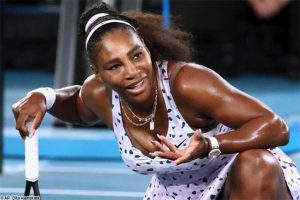 She has been regarded as the greatest female tennis player in the world and is, therefore, most bookies favourite. She has won seven titles at Melbourne so far and has over 20 grand slams in the bag.

The Australia Open is named so because it is open for anyone provided they make it through the qualifying rounds. The event lasts two weeks and offers hundreds of games to watch that include singles, doubles, mixed doubles, wheelchair, wheelchair quad singles and wheelchair quad doubles. It attracts the highest attendance of any major Australian event in the year almost as much as the US Open.

The players Novak Djokovic, Nick Kyrgios and Serena Williams posses high chances of attaining high odds in the next years Australian Open due to their experience in the game and the previous year’s records.