During the last 14 days of January, The Australian Open is held in Melbourne, Australia, and it draws tennis fans from all parts of the world. The annual event is one of the greatest of its kind, and it gives tennis professionals the chance to showcase their skills at playing the sport. Do you know some of the tournament’s greatest winners? 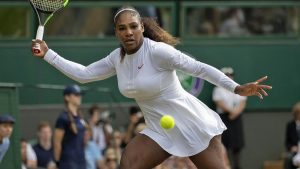 Serena Williams is known not only for her incredible beauty but also for her prowess in tennis. So far, she has won seven Australian Open titles, the last one being in 2017 when she shocked the entire world because she was eight weeks pregnant with her daughter, Alexis Olympia Ohanian Jr. Williams has also made it to the Forbes’ list of the world’s highest-paid athletes.

Djokovic is also among the Australian Open top champions. He has won eight of the tournament’s titles, the first one being in 2008, and the others in 2011, 2012, 2013, 2015, 2016, 2019, and 2020. He has beaten great talents like Roger Federer in 2008 and earned the admiration of many tennis enthusiasts. The Association of Tennis Professionals (ATP) has currently ranked the Serbian professional tennis player as the world’s No. 1 when it comes to men’s singles tennis.

Graff’s fantastic tennis skills have enabled her to win four Australian Open titles, and 18 more Grand Slam singles titles in other tournaments, including the French Open and US Open. The German former tennis player retired in August 1999 and currently lives in Nevada with her husband, Andre Agassi, and their two children. 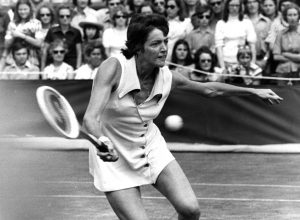 Having retired in 1977, Margaret Court is one of the most talented Australian professional tennis players who has ever lived. From 1969, Court won four Australian Open titles, and seven before that. She is the only one who has won eleven titles in the tournament; hers being a higher number than anyone else’s.