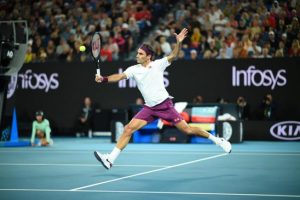 For tennis lovers, January is always an action-packed month with the famous Australian Open taking place over the last two weeks of the month in Melbourne, Australia since 1905. If you are a massive sucker for upsets, emotions, fans merrymaking and lots of good company, this might be the thing for you. After all, it is not referred to as “the Happy Slam” or “the Grand Slam of Asia/ Pacific” just for show. It features men’s and women’s doubles, singles, junior’s championships and other exhibition events. Even for the lovers of inclusivity, there is the wheelchair championships to cater for them and for those who champion gender equality, the mixed doubles has got your taste buds covered.

The Lawn Tennis Association of Australia has been managing this event since its inception. It was previously known as the Australasian Championships to the Australian Championship and finally to what we know of it today as the Australian Open in 1969. The year 1972 was when it was staged in Melbourne city having previously been played in other Australian and New Zealand cities. It was not until the year 1988 when the tournament was moved to Melbourne Park which had a larger capacity than Kooyong Lawn Tennis club.

If there was ever a more grass to grace story, the Happy Slam fits the bill. Despite being founded in 1905, it became a major tournament in 1924. Even then, it struggled to attract big names to play and was struggling to find the audience. In 2020, the total price award was A$71,000,000 and attracted 812,174 spectators. A figure that represents a spike of 7 % when compared to 2019. This has made it one of the best tennis tournaments in the world. Ask Novak Djokovic, the current singles winner and holder of 8 tittles or Thelma Coyne Long, the record holder of 12 doubles titles.